The Birth of the Blob (Getting to Know You)

HomeBlogBlogThe Birth of the Blob (Getting to Know You) 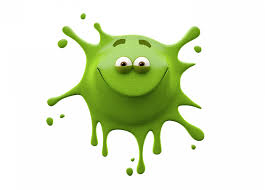 Why Blog.  Did I miss the idea that everything begins as a blob. You don’t think so? What about the earth. Think back; you remember somewhere in your cellular memory that there was this incredibly bright, huge thing. There was this unbelievable swirling going on of all sorts of dirt and rocks. Like when you were a little kid and you decided on a scientific experiment; so you took a jar full of mud from the garden and you put it in the dryer and you turned the dryer on. It was the one with the little round window and what happened was just what you expected: a great whirling mass of dirt going around at a blinding speed. Except that back then, when the earth was just beginning there was no little door, yet the dirt and rocks didn’t go flying out into space. No, it stayed, swirling around the big bright thing. Just a Big Blob. Later on, the Blob turned into distinct other round things, not as bright as the one that stayed put in the middle of all that churning, but each with its own interesting identity. Like a churning, burning, yearning urn of funk (hats off to James Taylor).

So, things that begin, may I surmise can be said to begin as a blob; even ideas are just blobs before they take form, no?

Here’s an idea, I’d like to get to know you; but to you I’m just a blob and will remain a swirling mess of ideas until they become individuated into a collective of cogent communication, sort of like a dial-a-logue. Hey, to tell you the truth, from my current perspective you look like a mass of humanity swirling around your own elliptical orbits. Some, not colliding even though there’s no little window containing your churning, yearning swirling. I do have to admit there’s a lot of colliding of forces in the solar system out there, oy vey!

But speaking of yearning, may I say that I join you there if you have any of that going on with you today, or at other times. Well, this little blob would like to be a sort of space station where you can check to see if there’s anything on display that might be just what you need to get your boosters firing.

“This way” to a discussion about…the IDEA D’JOUR

Future posts on Lui’s Blob will include:

-recent movies, and my take on them

-favorite list of books I’ve enjoyed, as well as the current one,

Of course, a dial-a-logue will most necessarily include your hot topics for which I will be very curious to know; format and submission process to be discussed later.

Look forward to churning the urn of burning funk with you.